You’ve built an amazing, high-performance industrial robot, perfect for Industry 4.0 projects. Unfortunately, it happened to cause machine downtime and interrupted the processes in which it was integrated…

But how long can one of your customers endure slowdowns or production stoppages after making large investments in Industry 4.0 to purchase your robots?

At the end of the day, investing in these projects is all about optimising your end customer’s production… if, on the contrary, it slows it down, this is definitely a red flag. This inevitably affects your company’s turnover, making all the efforts you made to achieve your goals worthless.

But what if you could build industrial robots that were not only innovative but also highly efficient in terms of performance and energy savings, thereby impressing your customers and retaining their loyalty to your company?

The same happened to one of our customers operating in Industry 4.0. In short, their robotic solutions had already gone down, interrupting the work processes in which they were embedded. Plus, they weren’t as optimised in terms of energy savings.

Now, however, their solutions are incredibly efficient in terms of both performance and energy consumption, and their customers have never been more satisfied. What did they do differently? They changed the PCs in their solutions. In this article we will cover:

The analysis of our customer’s problem and operating context: Industry 4.0

Inside their robot cells, this company integrated common PCs (i.e., tower computers), for applications in:

But what are the consequences of using this type of PC for these applications?

In the robot’s electrical cabinet, the consumer PC doesn’t dissipate the heat of the processor properly. The fan recirculates the hot air, but doesn’t disperse it to the outside environment, accumulating in the control unit. Moreover, it inevitably sucks dust and other particles into the PC.

As a result, the machine overheats, goes into overtemperature protection and shuts down, interrupting the operations where the robot was used and slowing down the entire production. Before the computer can get fully operational again, it must return to standard temperature.

Just imagine Paul Hollywood glaring at you because you were trying to temper chocolate over 27°C. If you exceed the temperature limit, you’ll need to wait until it cools down to the right level. Now, even if you aren’t into baking – I’m not either, but the example seemed fitting – the principle is the same.

One of the main reasons why consumer PCs are not suitable for industrial applications is their power consumption. Since they were born as personal computers, they are designed for non-intensive use – for studying, working, watching Netflix, and so on. Keeping them running continuously for industrial applications, such as inside robots in our case, is quite expensive in terms of energy consumption.

The classic tower PC that we keep under our office desk is not exactly functional in a high-tech machine for Industry 4.0 projects. Sure, it’s mainly a matter of aesthetics, but the design is also important, even when it comes to industrial projects.

Imagine opening the bonnet of a Ferrari and finding the engine of a Hammer. That’s what it means to integrate such a bulky computer into a robotic solution of this level.

Which PC to choose for Industry 4.0 projects?
Consumer PC vs industrial PC: the solution

There is only one solution to all these problems: powering the core of these industrial robots with the most suitable hardware for Industry 4.0 projects – industrial computers.

To this purpose, we compared the performance of a Kimera PC and a common desktop PC, analysing their temperatures, power consumption and size.

This is why industrial computers are best suited for 4.0 applications:

Unlike traditional PCs, industrial computers are fanless, i.e. they have no fans or mechanical components that could be damaged. Heat is dissipated through the PC case, designed with fanless technology to disperse heat to the outside environment.

We carried out some tests in our lab to compare the temperatures reached by the PCs, testing them under full load for one hour. Assuming the test environment was optimal (large space), under the same load:

Temperature comparison at the start of the test

Temperature comparison after one hour of testing

Imagine the temperature a desktop PC used for these applications could reach after 5-6 hours of work… That’s why there is overtemperature protection.

But what is the reason for this difference?

In a desktop PC, the fan circulates air to dissipate heat from the processor and internal components, but there isn’t enough heat exchange with the outside. Thus, the temperature continues to rise.

By contrast, with the industrial PC the heat is dispersed entirely to the outside environment through the case, maintaining an almost constant temperature. Considering that the PCs integrated into our customer’s robotic solutions were housed in special panels or control units (i.e. very confined spaces), this temperature difference is even more significant.

As industrial PCs are designed for 24-hour operation, they also have low energy consumption. Again, comparing the 2 PCs working at peak performance (under the same load), in one hour of use:

For an 8-hour usage over 5 working days, we get:

The industrial PC therefore allows you to reduce energy consumption by 65%.

Take the space that a classic tower PC occupies in your robot cell and imagine dividing it by 3. Now, divide it in half again. Kimera industrial PCs fit comfortably in the palm of your hand, with a size of 140.6 x 111.5 x 51.3 mm. Let’s give our Ferrari the engine it deserves.

The benefits our customer gained

Integrating Kimera computers into their industrial robots allowed our customer to:

Not to mention the sigh of relief and satisfaction of his end customers when they realized they could connect a plentiful of other devices directly to their robot, without the need for dozens of other cables or adapters, thanks to the additional ports on the industrial PC:

In his own words:

Do you also realise Industry 4.0 projects and currently use ordinary desktop PCs?

If you still have any doubts, or simply don’t know which PC is best suited for you, feel free to contact our team:

We will analyse your project context and recommend the most suitable PC for your needs! 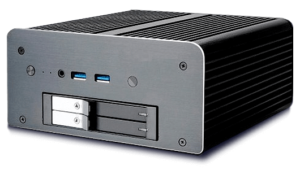 How much do industrial computers cost? 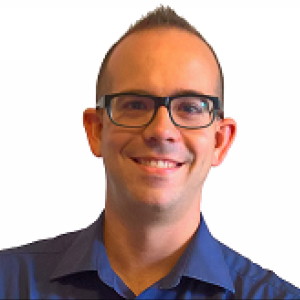 Matteo Pinato is the CEO & Founder of Kimera Computers. After working for over 10 years in the IT sector, he established his own company KM Soltec in 2017 and has developed several brands since – like Kimera Computers and Tastiere Industriali. He’s in love with the IT world, motorbike trips, and - above all - with his little boy.
Read more 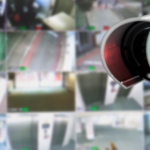 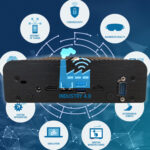 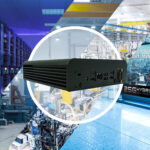 A single system for industrial and multimedia applications? Here are 7 reasons to rely on Kimera Pro 2.0 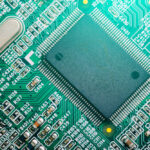 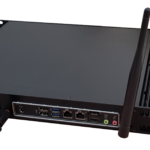 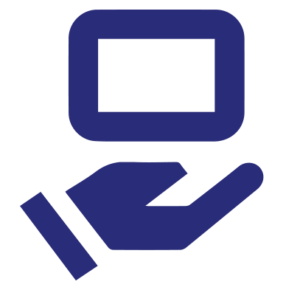 We will deliver to you one of our KIMERA industrial PCs completely free of charge in 3-5 working days at the latest. You will be given a 15-day trial period, at the end of which, if it so happens that you are not satisfied, we will take the PC back for free.

Fill in the form to request your free trial